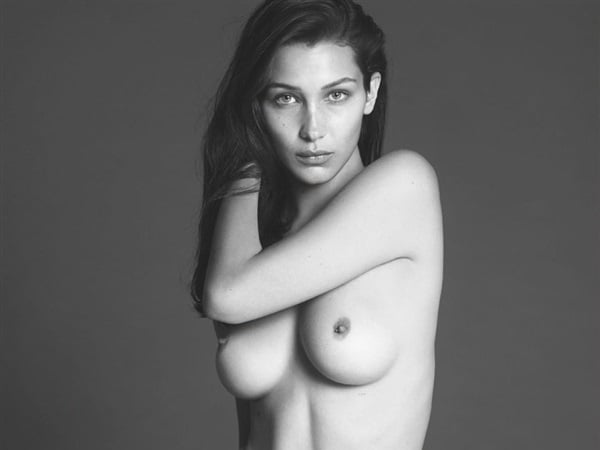 Model and Muslimina Bella Hadid poses nude in the photos below from the new issue of Vogue magazine.

It was always only a matter of time before the infidels realized that Muslim women’s bodies were high fashion. Even though Bella is extremely homely by our Islamic standards, she is still vastly superior to the fat, herpes scar riddled, fake tits and ass she-beasts that pass for attractive in the Western world.

Of course now that the secret is out of the bag (or should I say burka), the small percentage of infidel men who are not flaming homoqueers will try to seduce a Muslim woman like Bella Hadid for themselves. This will no doubt end in outright rejection and complete humiliation for them, for our Musliminas are not only extremely chaste, but they are also very well satisfied by the enormous mighty meat scimitars of us virile Muslim men. They have absolutely no interested in effeminate kuffar men with their tiny crooked heathen weenies.