TikTok star Doja Cat steams up the screen as she performs for the first time ever at the MTV VMAs in New York, 08/30/2020. The 24-year-old singer and rapper, who rose to viral fame on the short video platform, made her VMAs debut at the 2020 show, performing her hit songs Say So and Like That.

Doja, whose real name is Amalaratna Zandile Dlamini, wowed fans as she donned a a barely-there nude bodysuit and frolicked around the stage with mask-clad dancers bumping and grinding to the mashup.

The Los Angeles native was nominated for three awards this year, including Song of the Year for Say So, which pit her up against heavy-hitters Lady Gaga, Ariana Grande, Billie Eilish and Post Malone. She was also nominated for the Push best new artist category, which she won, and Best Direction for the song’s music video. 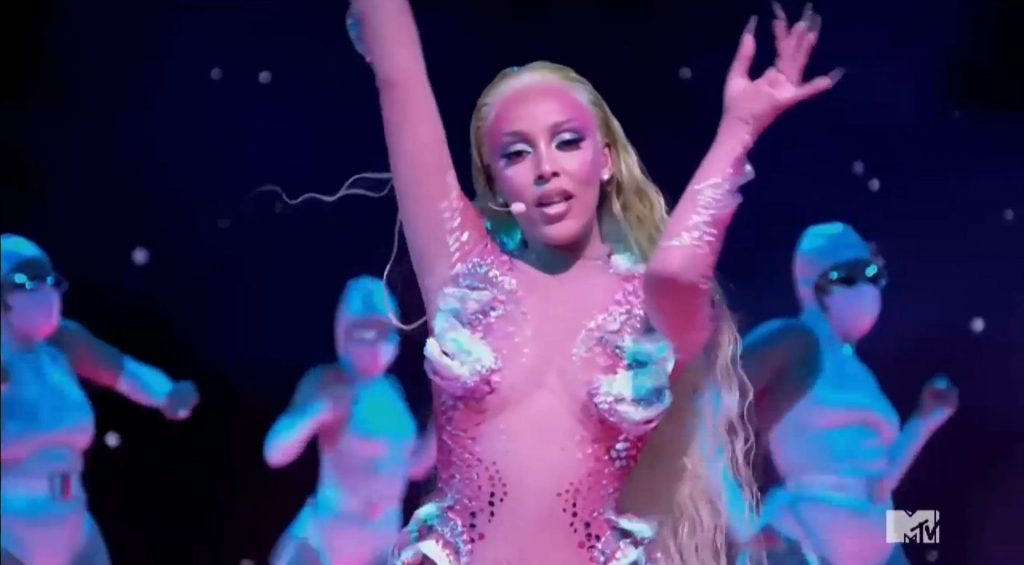 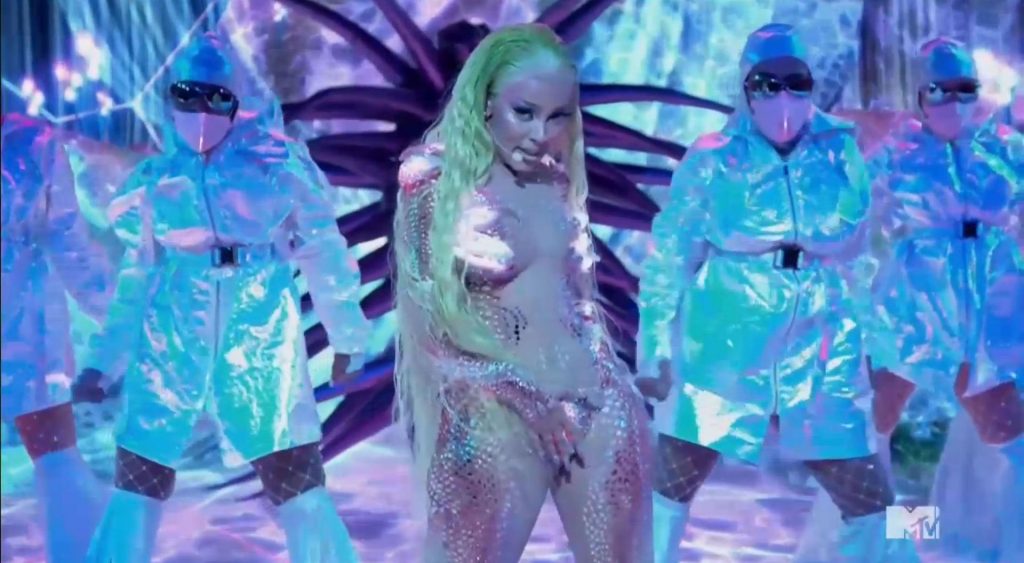 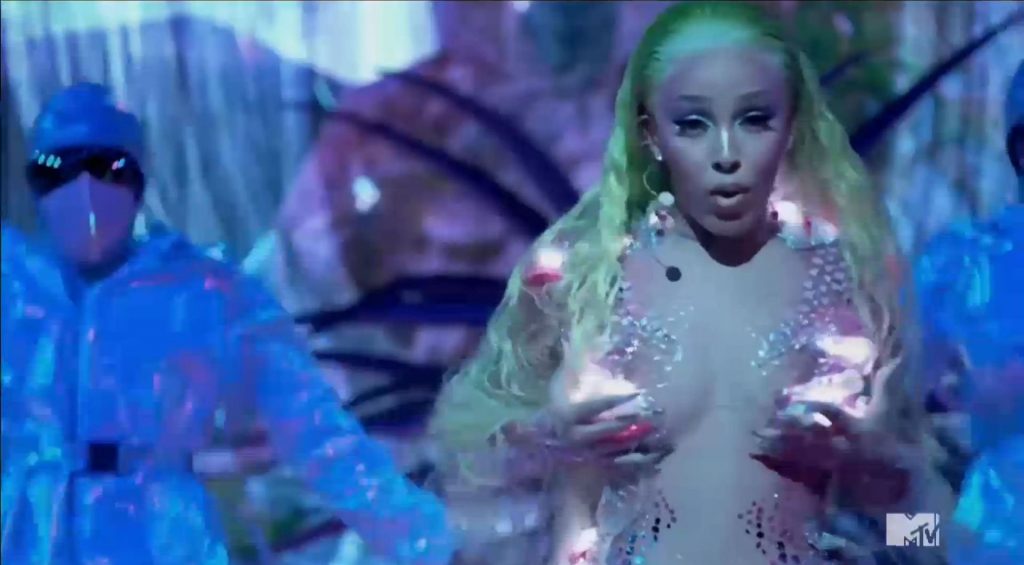 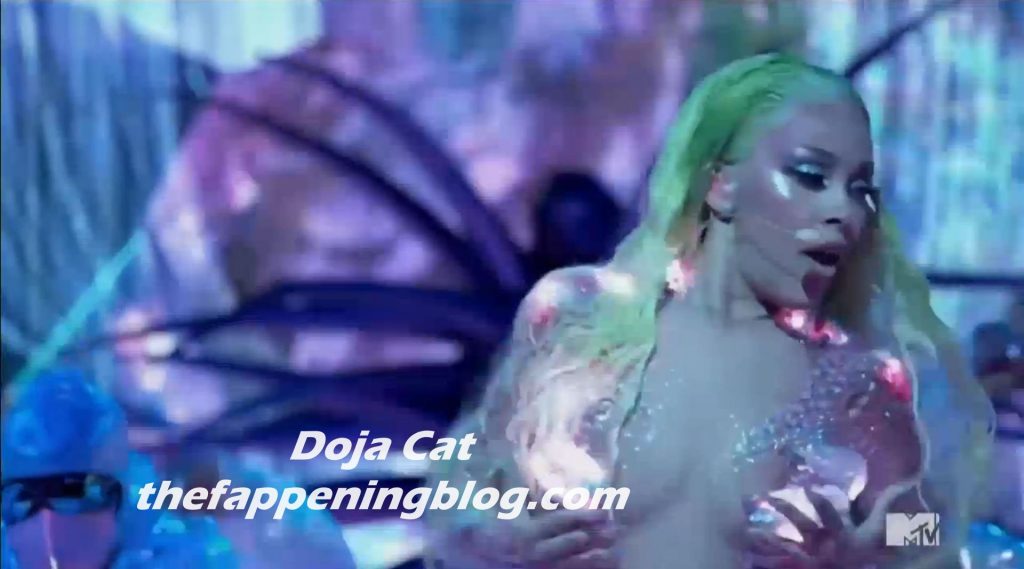 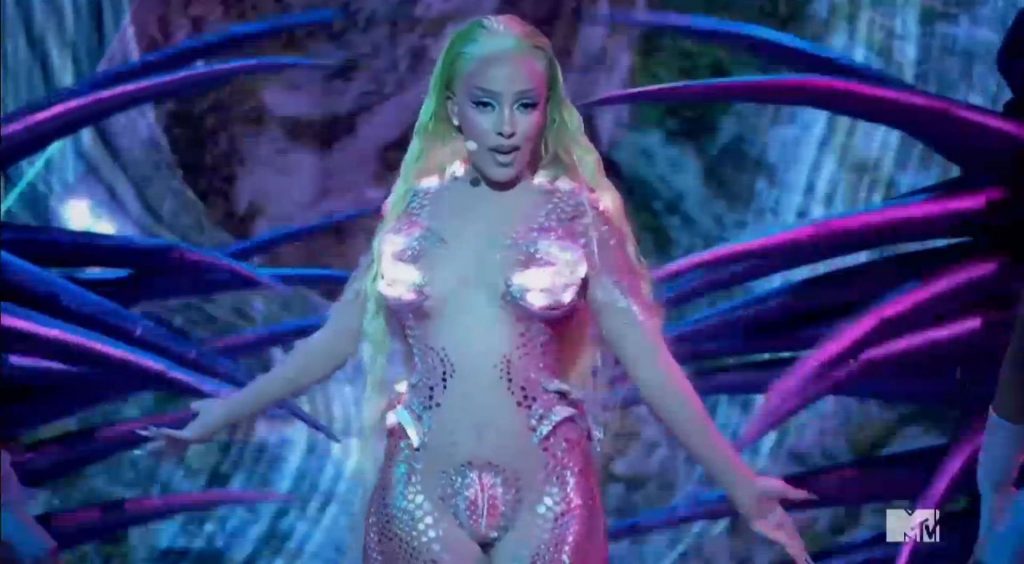 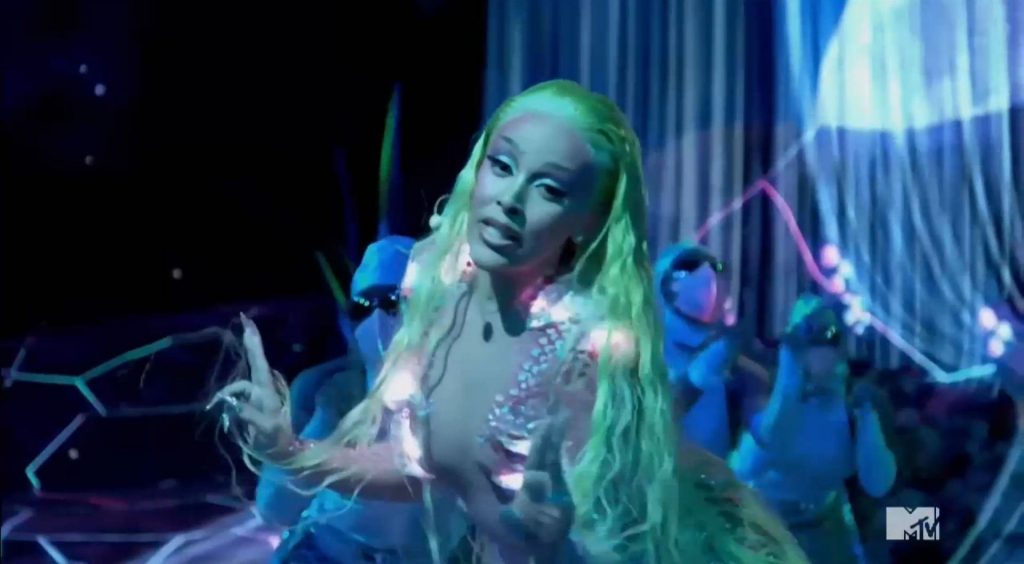 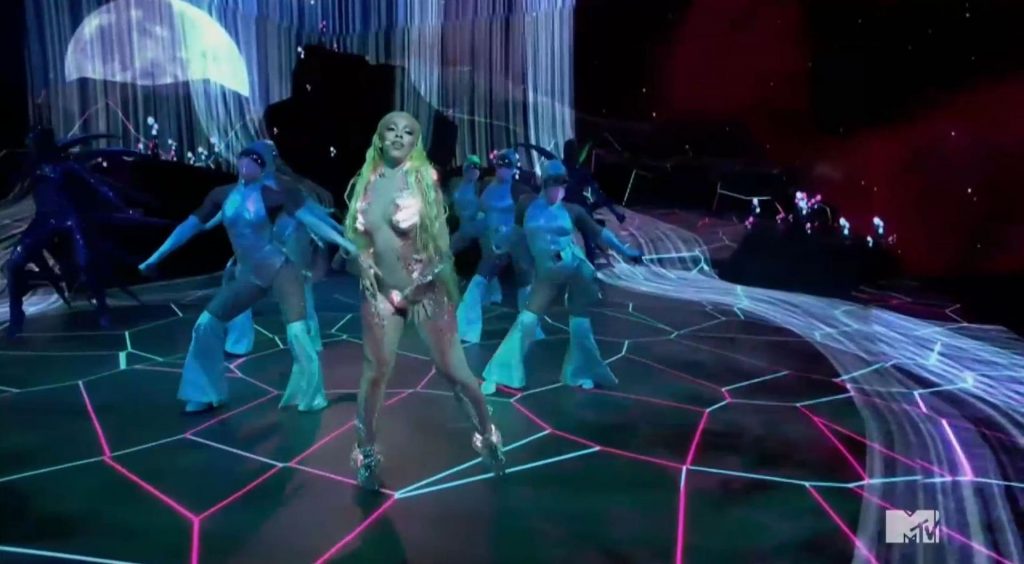 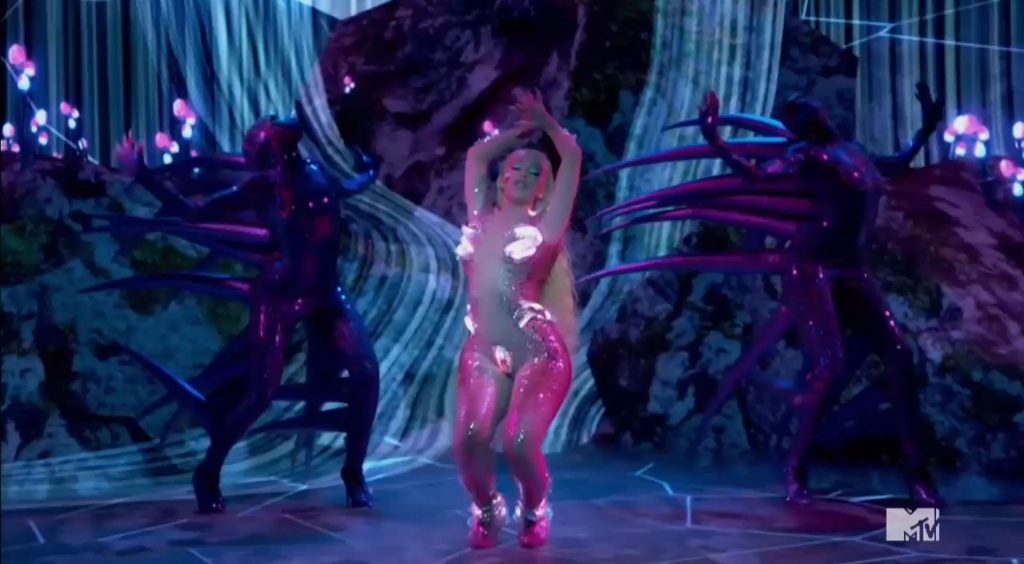 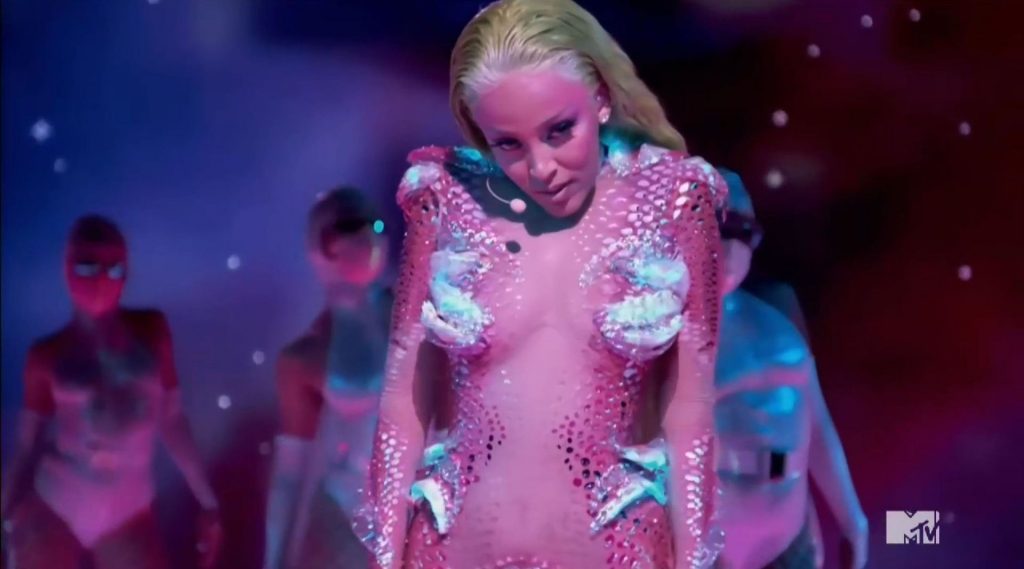 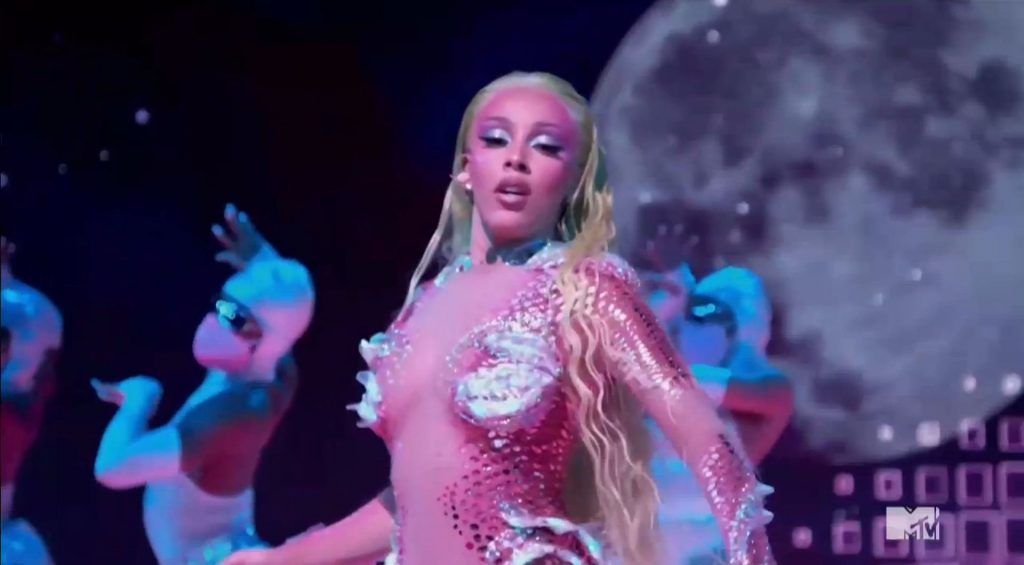 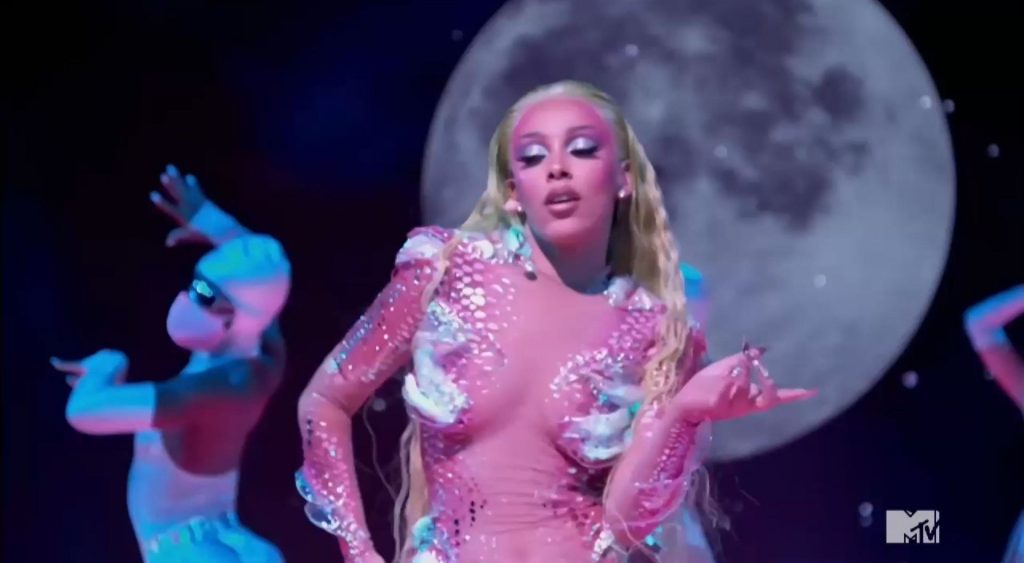 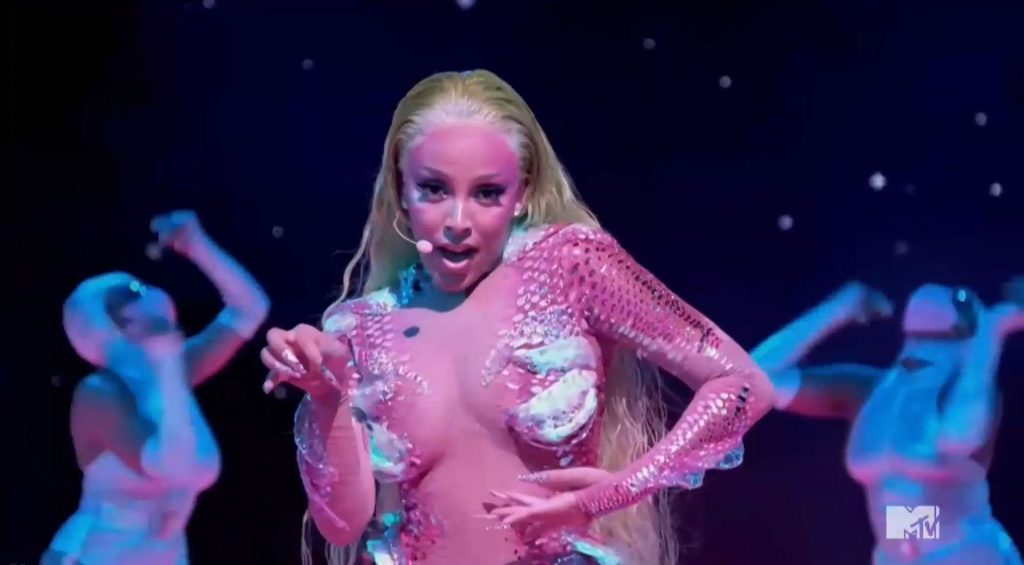 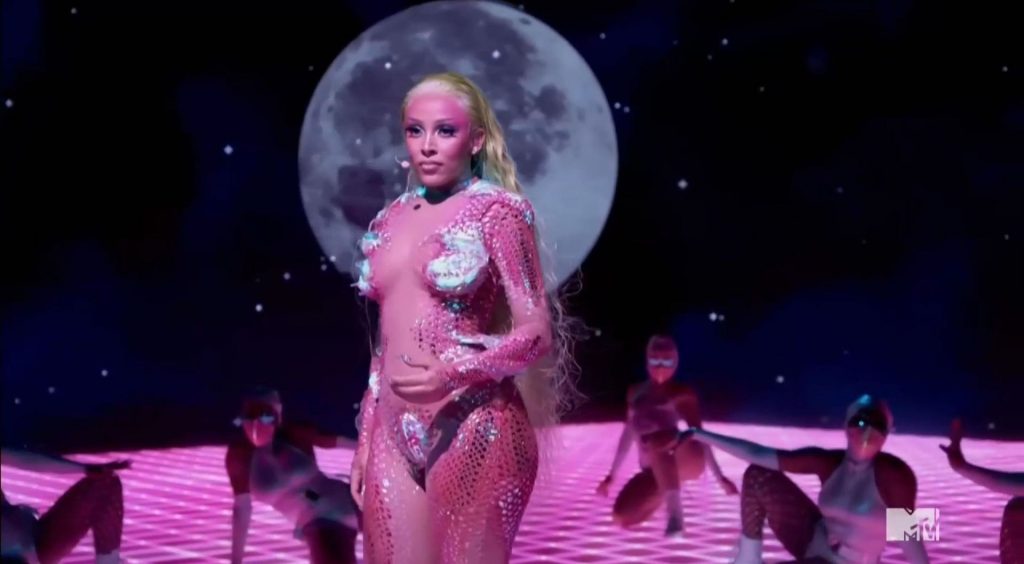 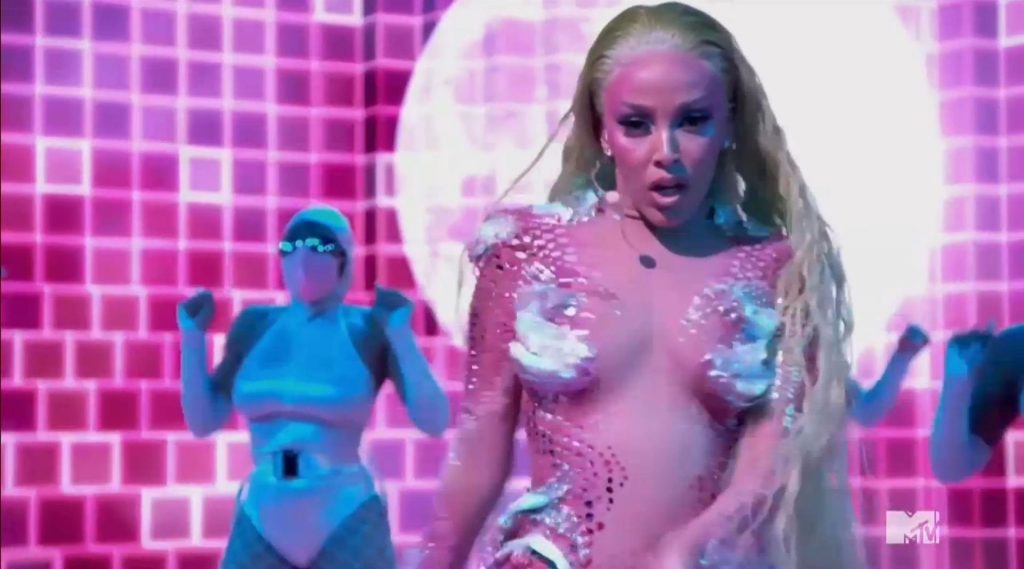 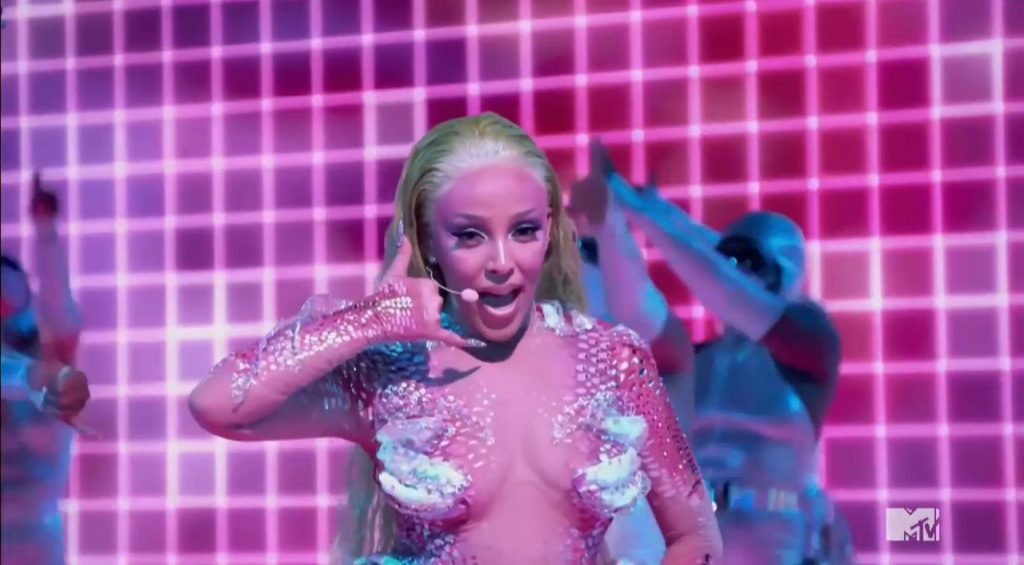 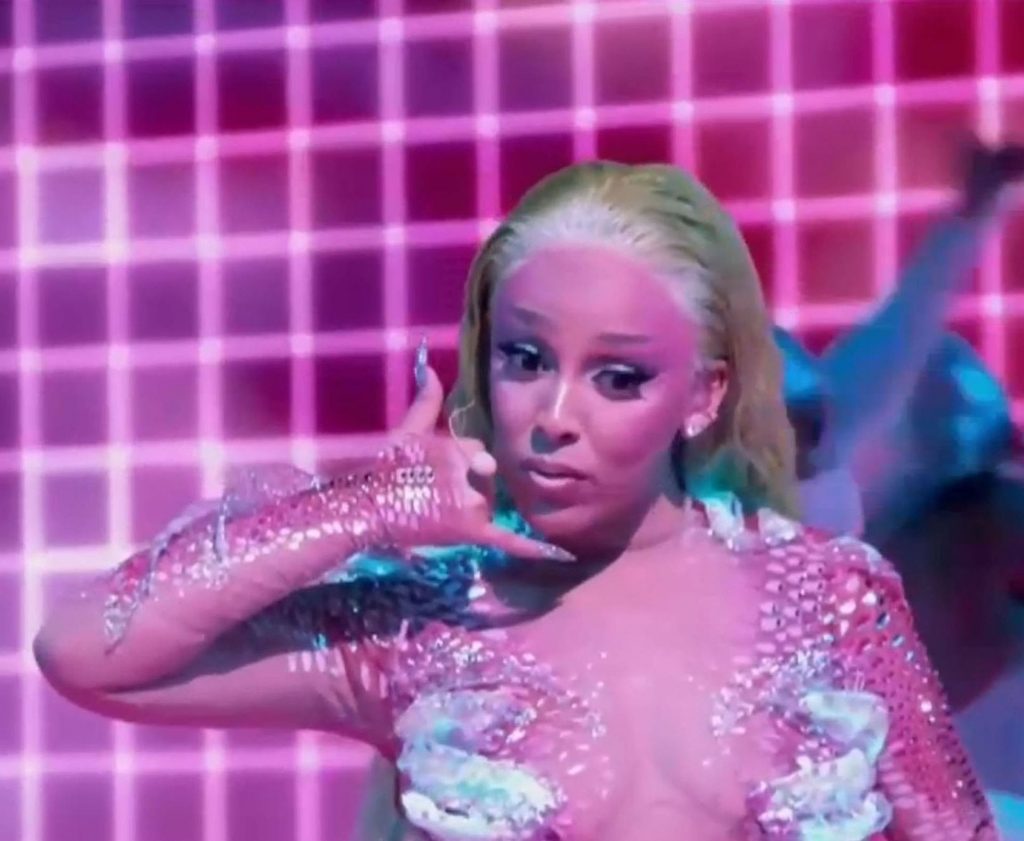 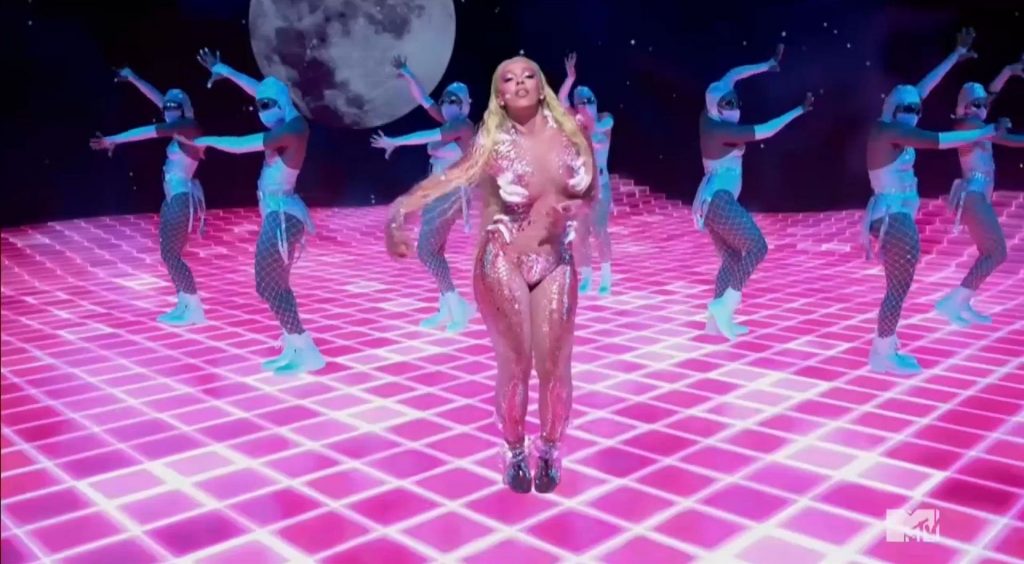 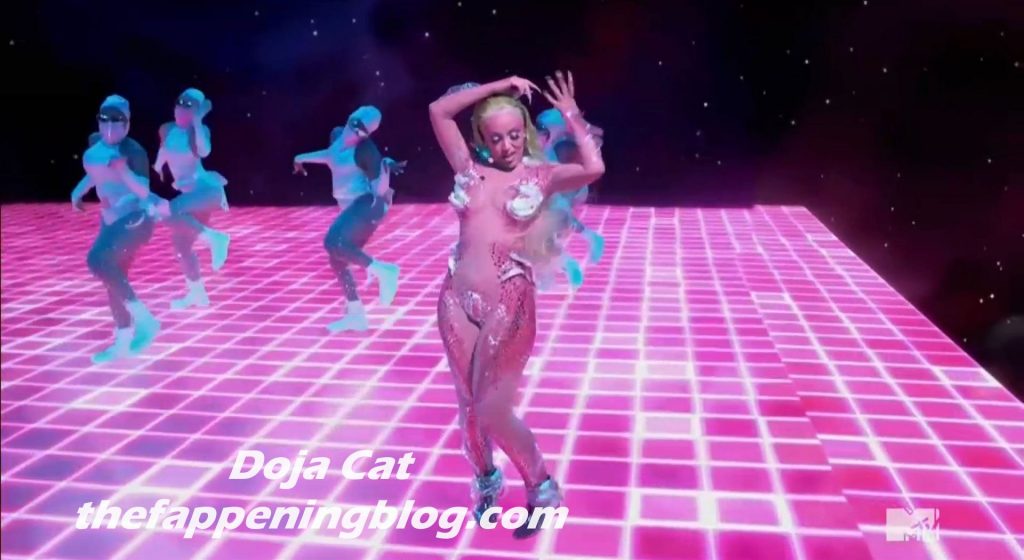 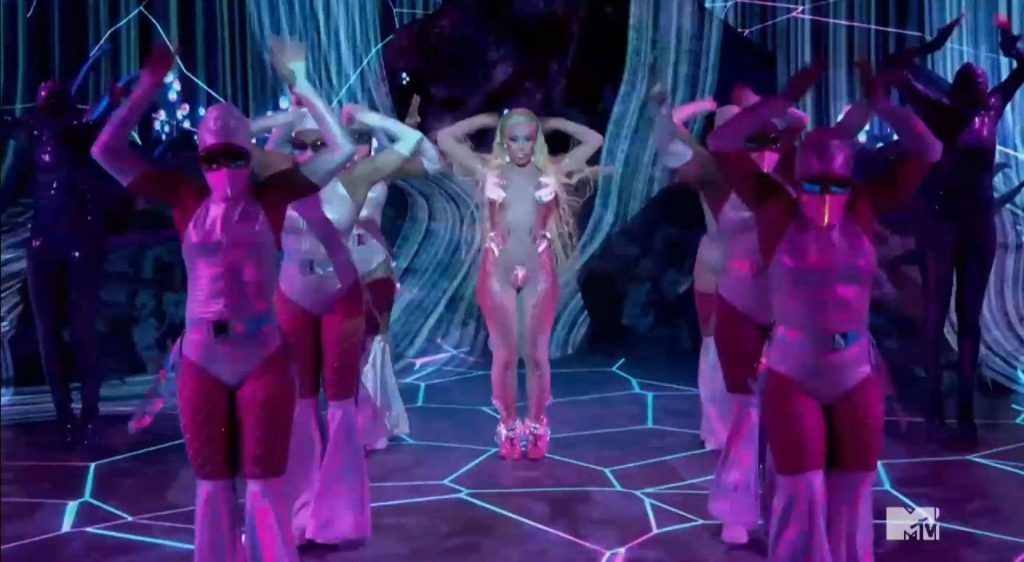