Female members of the Extinction Rebellion Climate Crisis activist group protest topless while blocking all traffic in an action to show solidarity with women around the world disproportionately affected by the Climate and Ecological Crisis. With phrases including Climate Justice, Climate Rape, Climate Murder and Climate inequality across their chests the action is one of many across the world today by the group including actions in Columbia, Spain, Turkey, The Gambia, Pakistan, Nigeria, Uganda, DRC, Belgium, Israel, Sweden and Argentina.

Members of the public passing by on foot were predominantly supportive with some hecklers and one person on a bicycle was stopped from driving into the group by police. In other parts of the world news of the actions was met by threats of violence including assaults and, in Pakistan threats of being targeted with bombs. 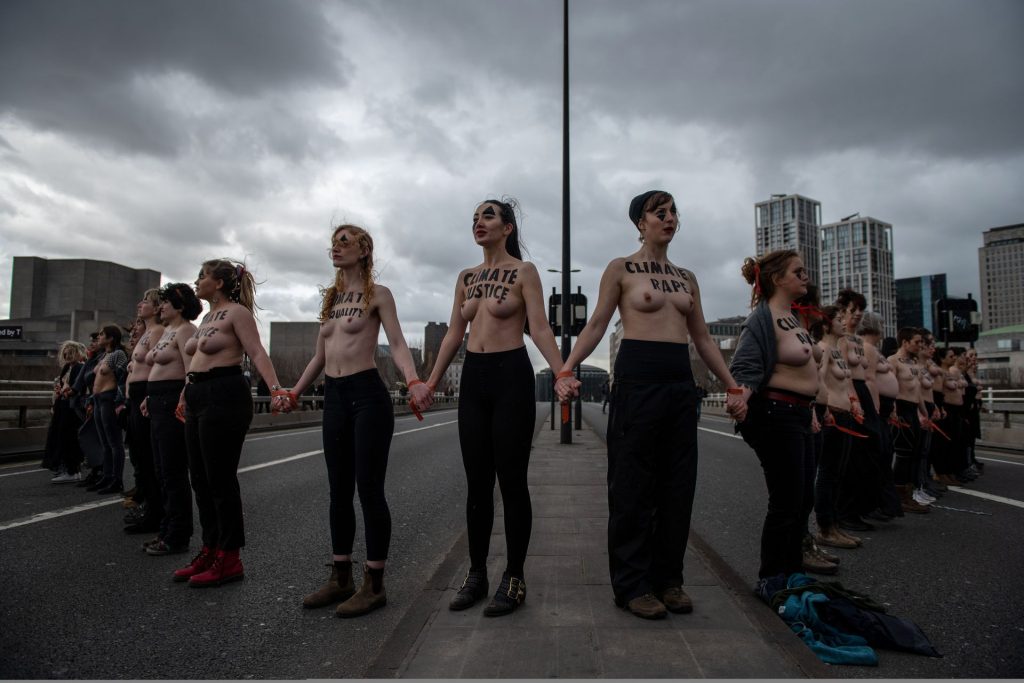 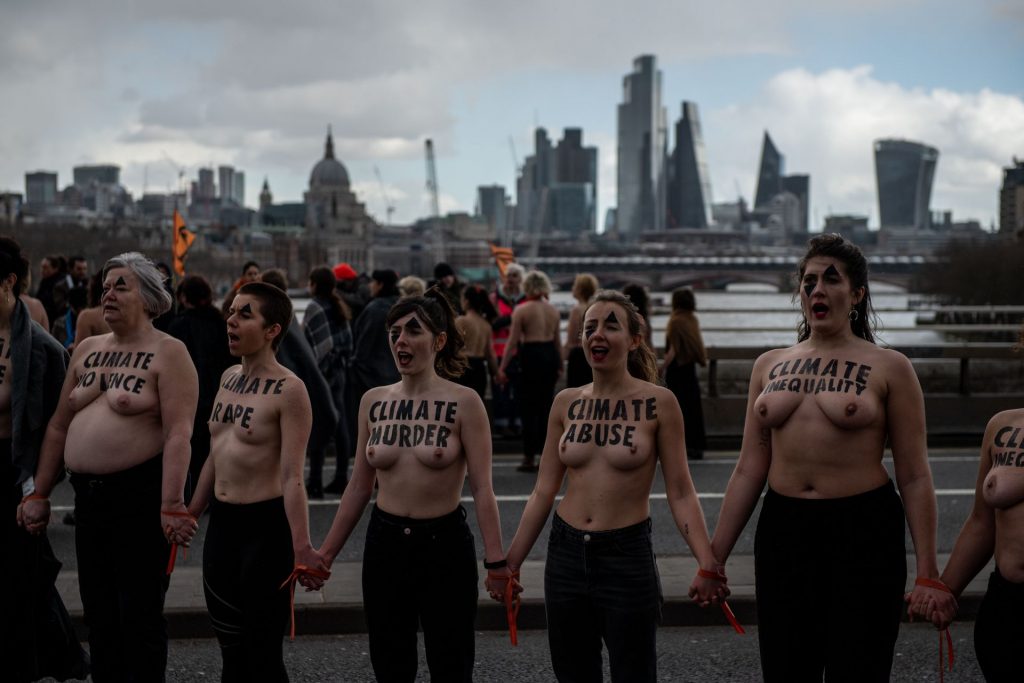 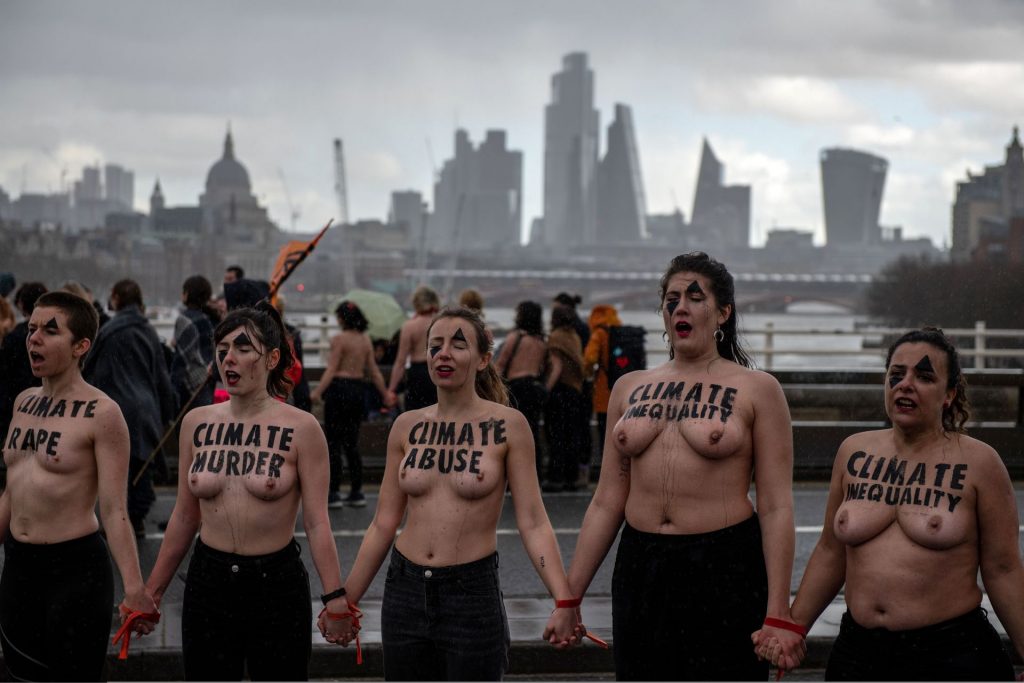 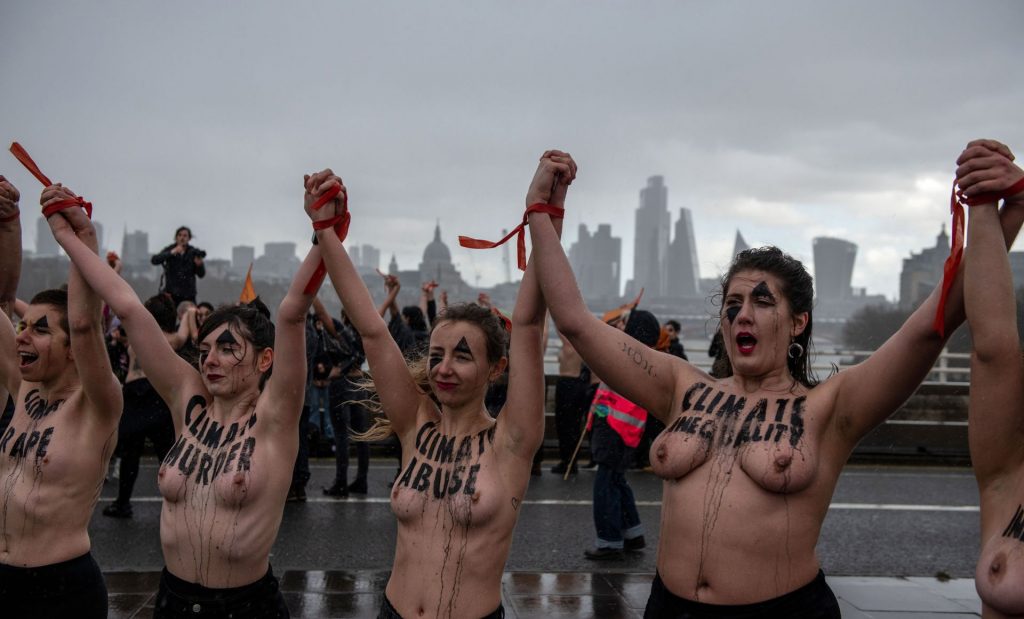 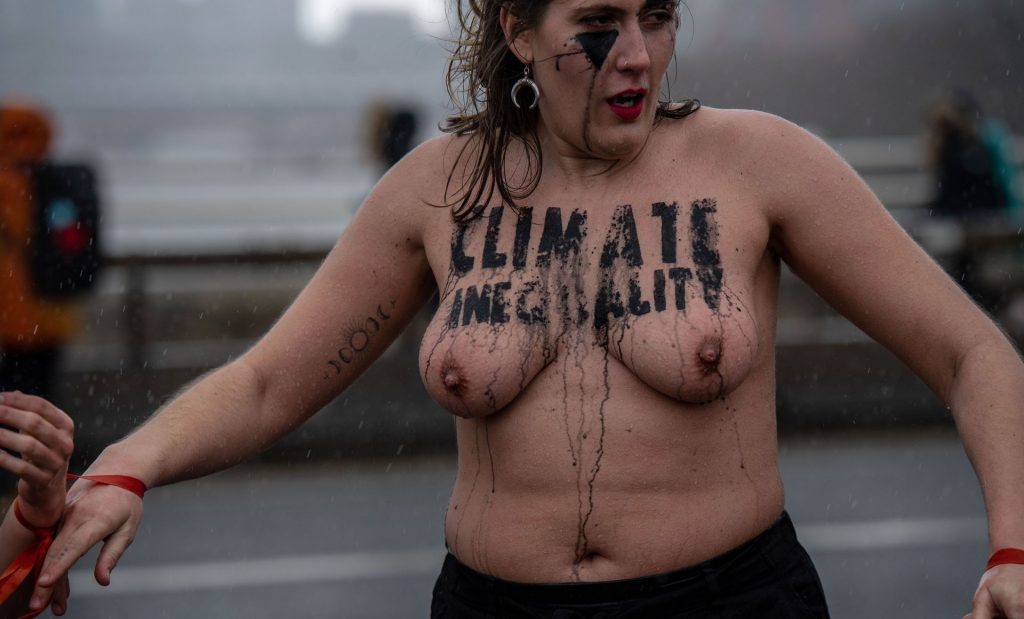 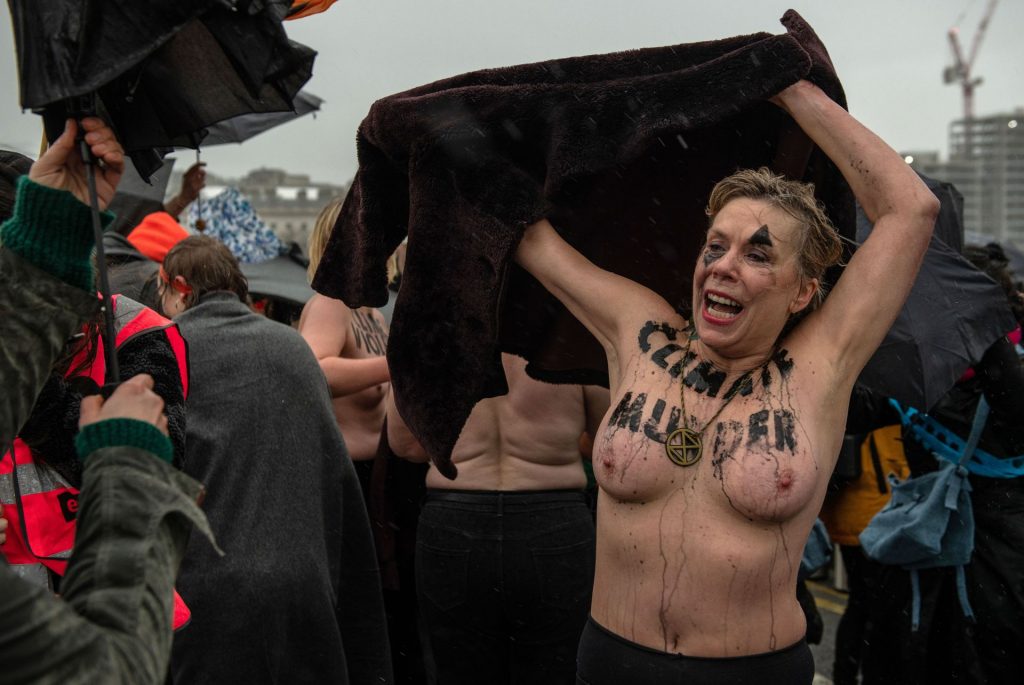 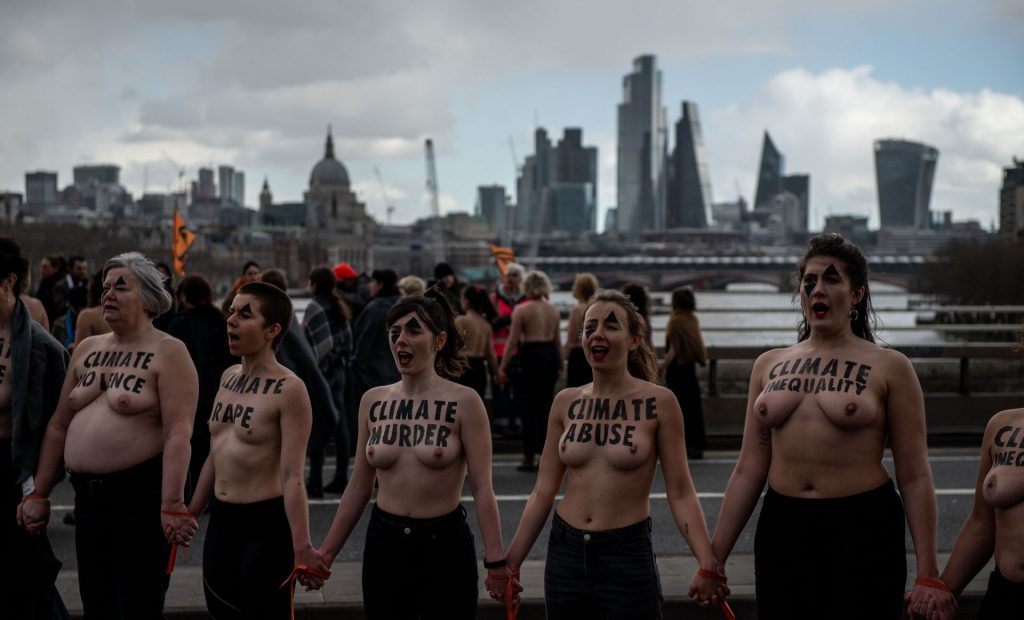 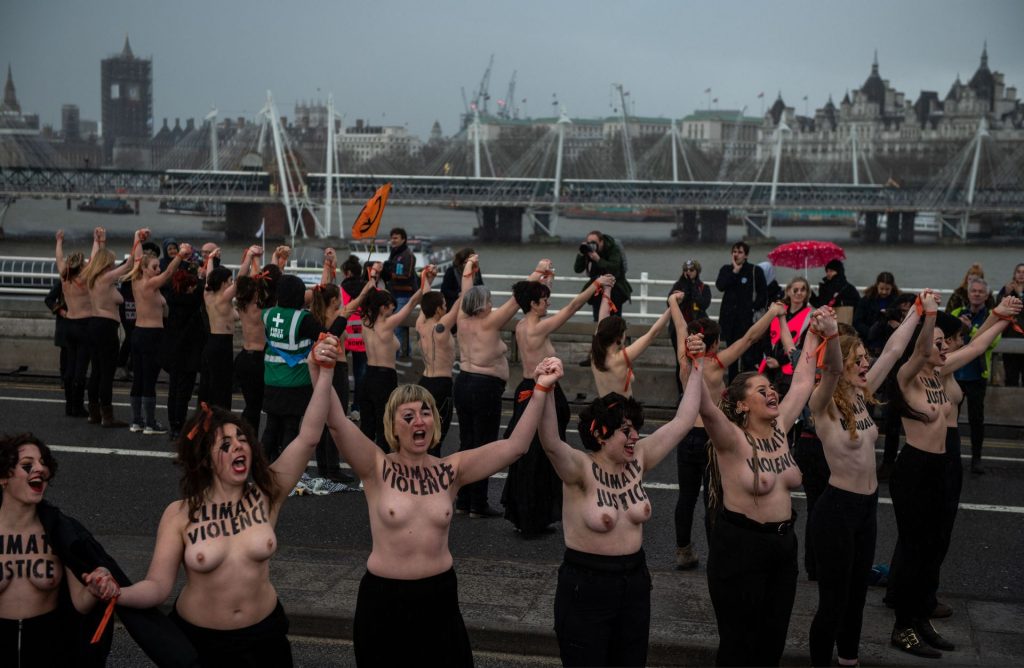 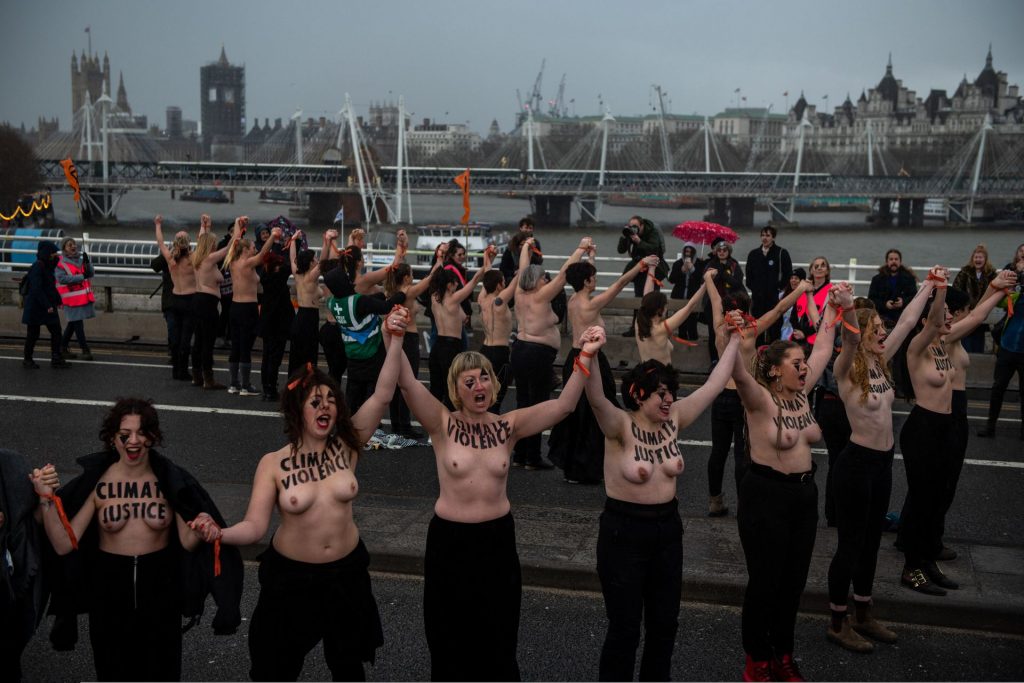 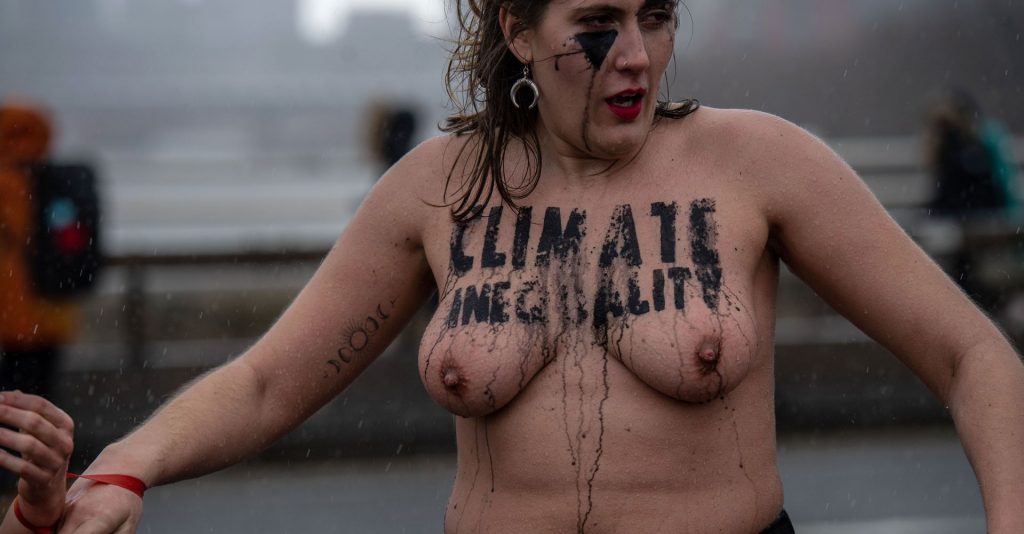 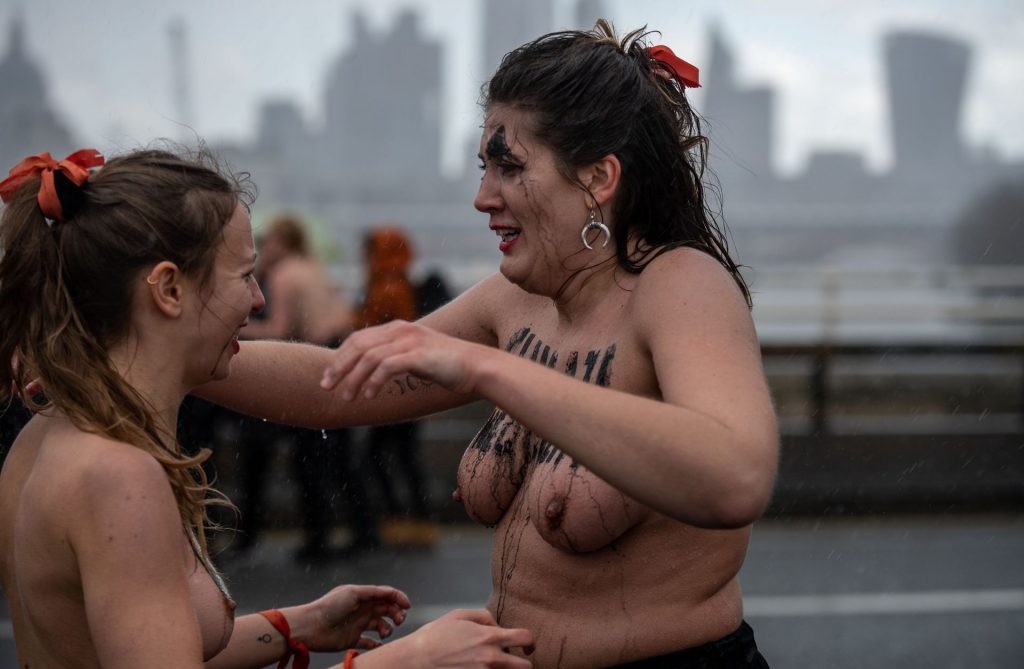 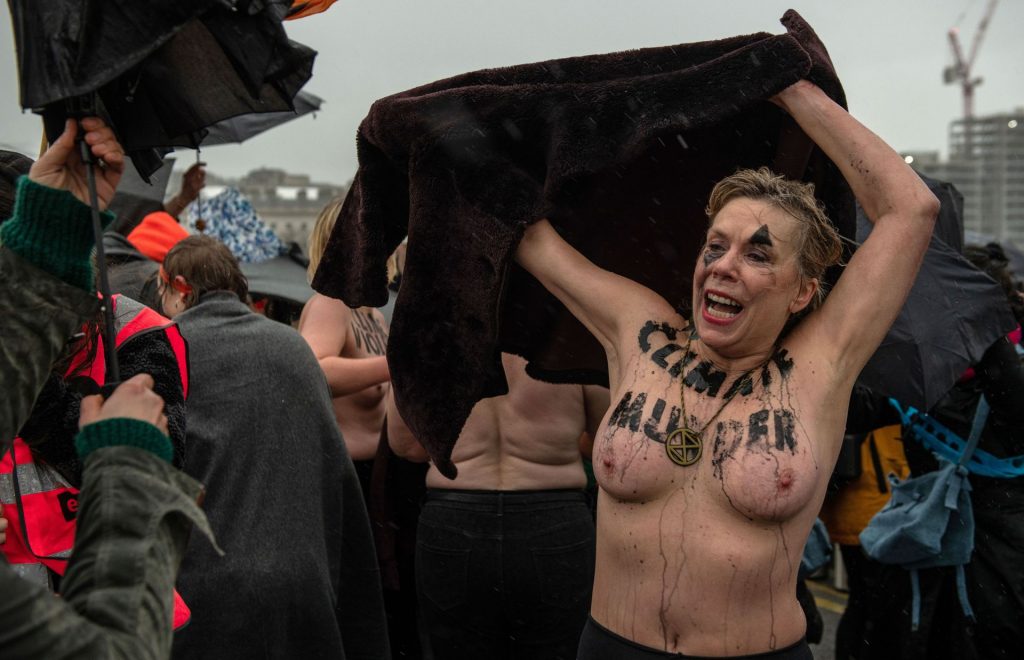 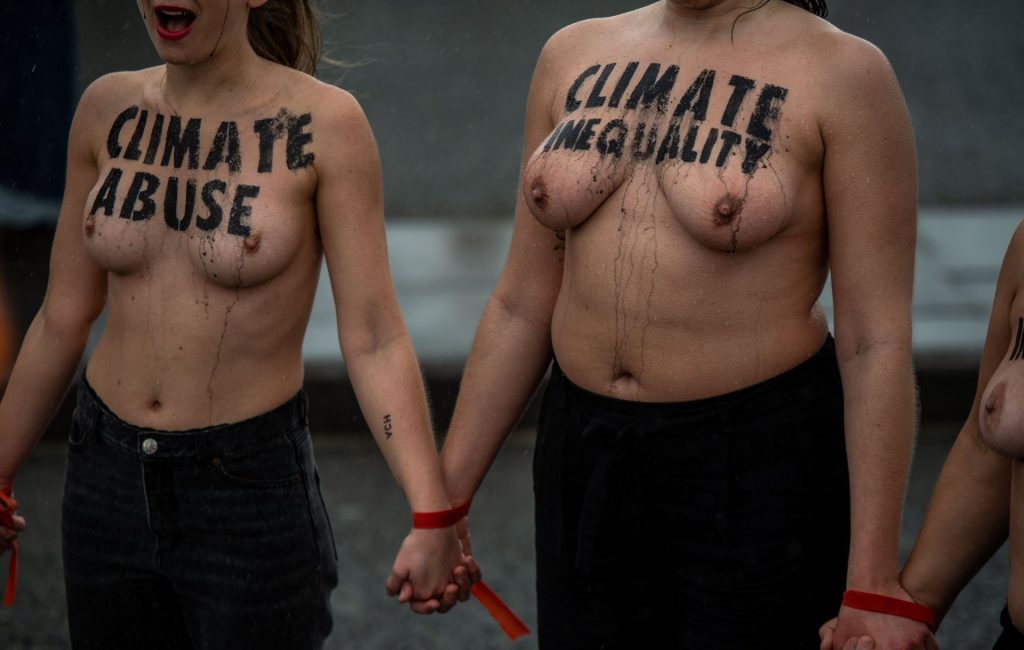 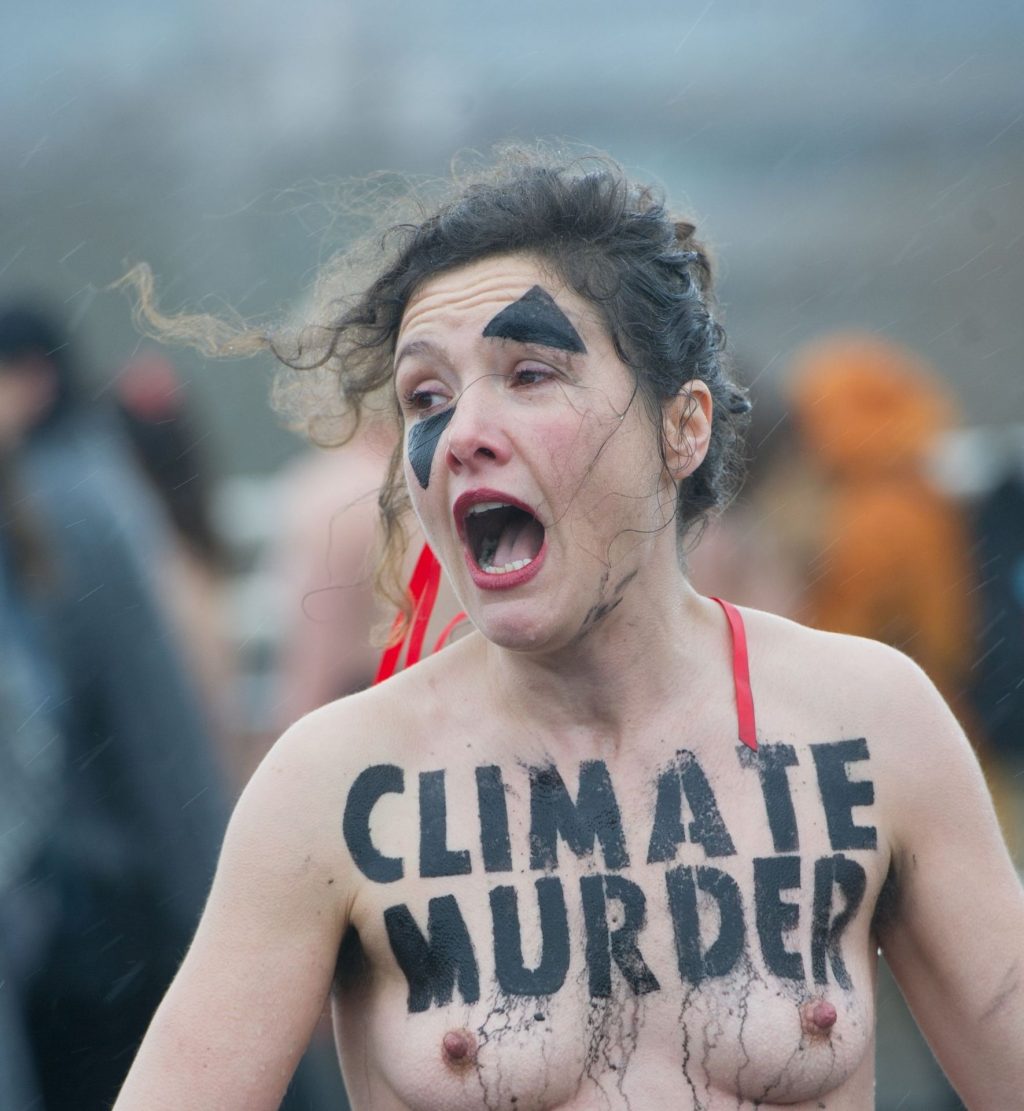 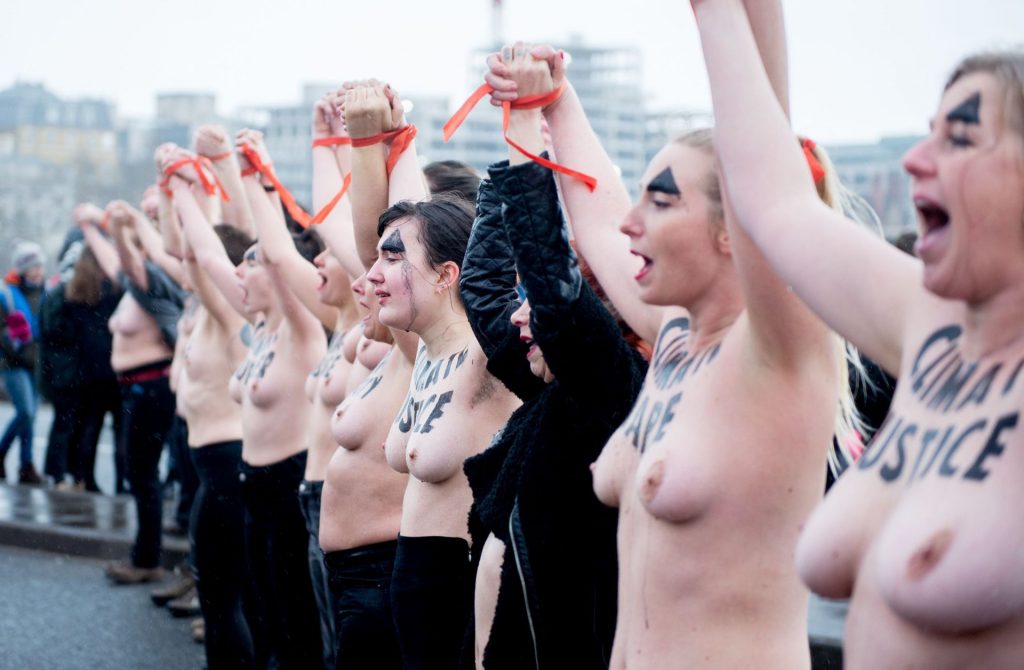 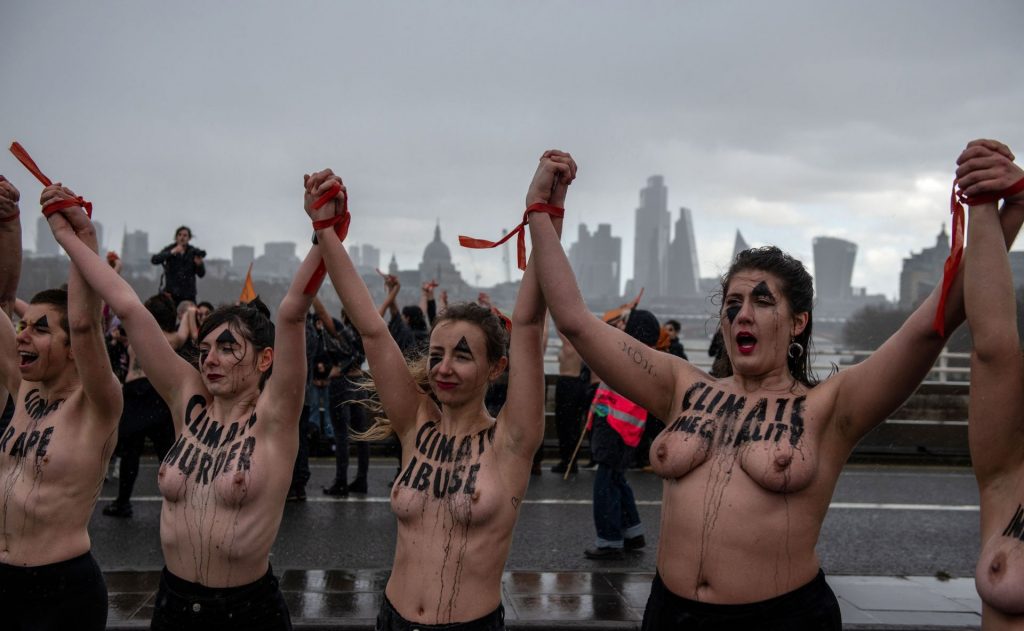 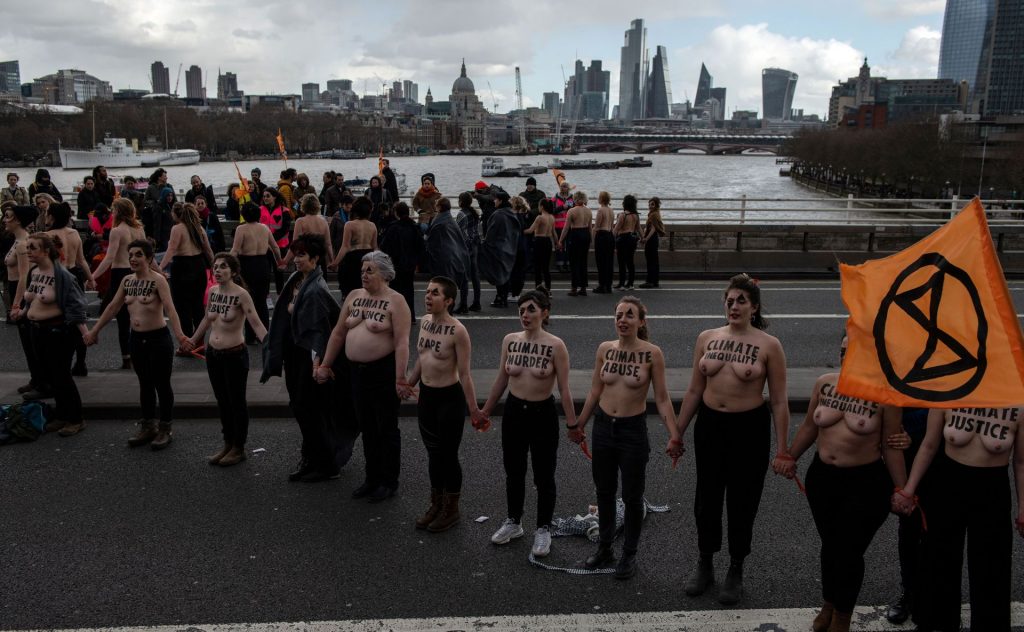 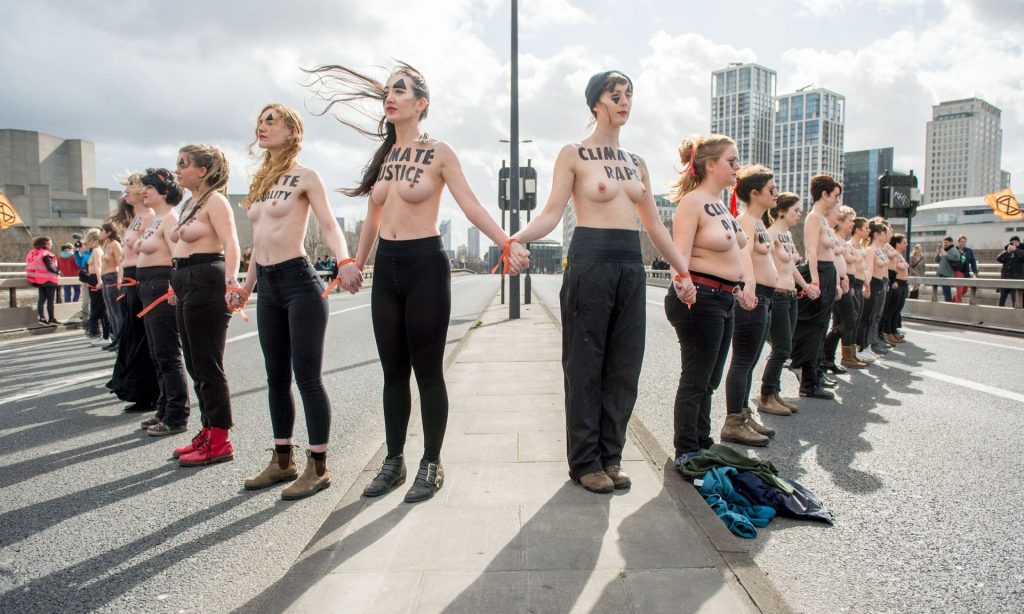 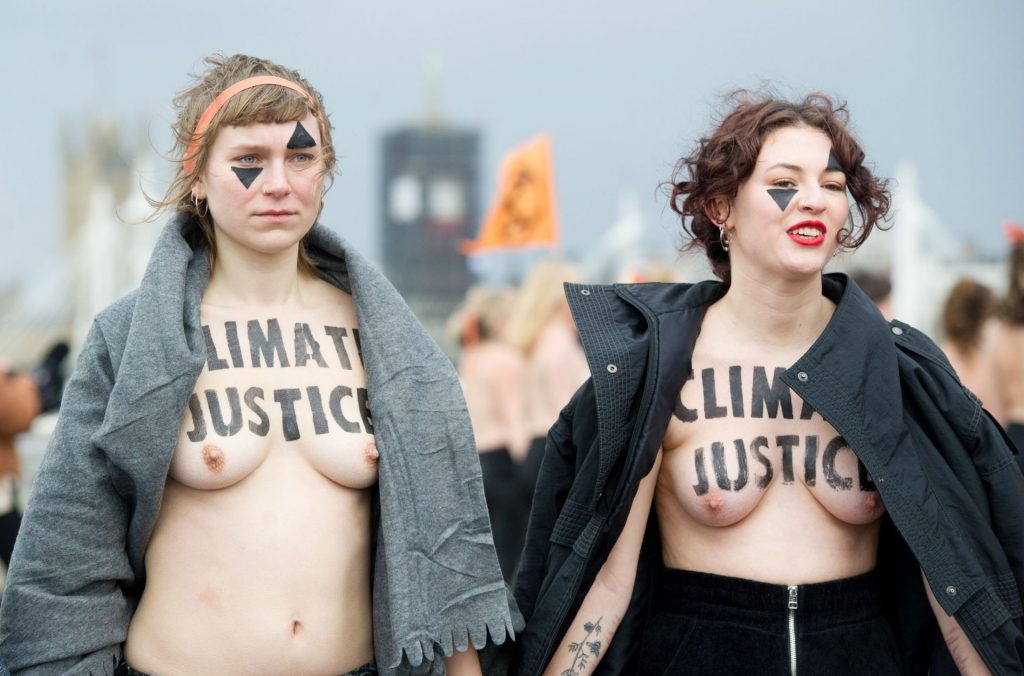 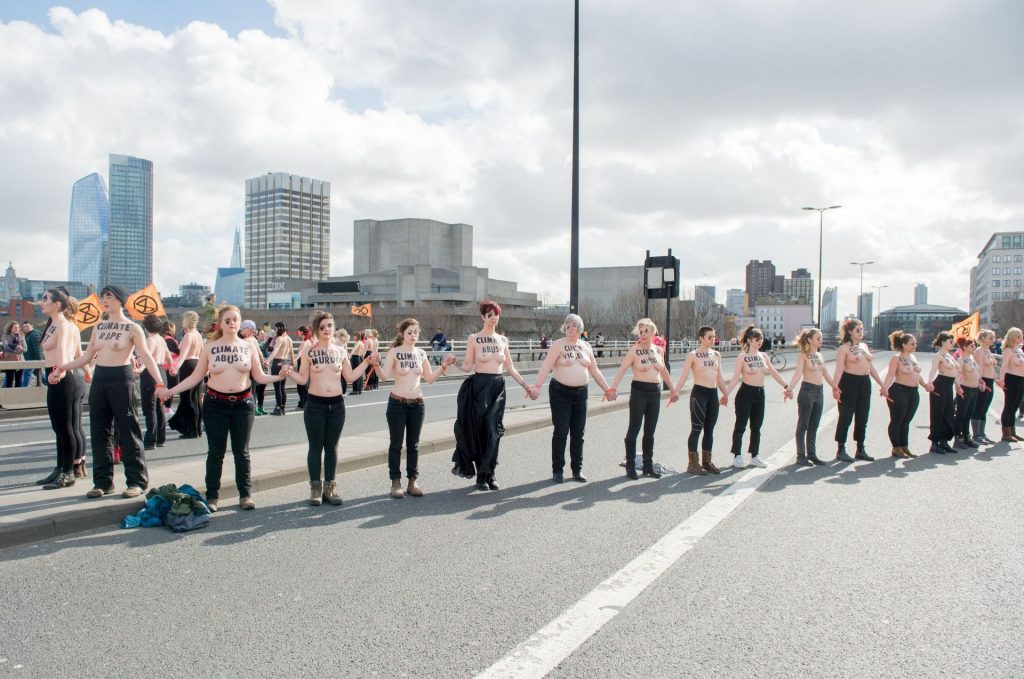 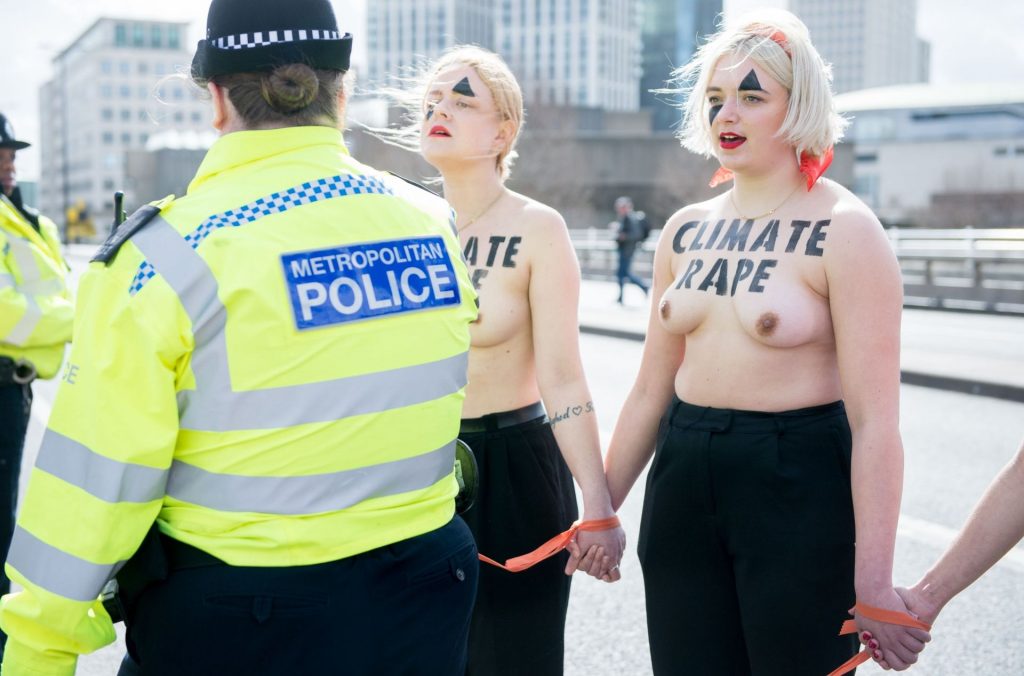 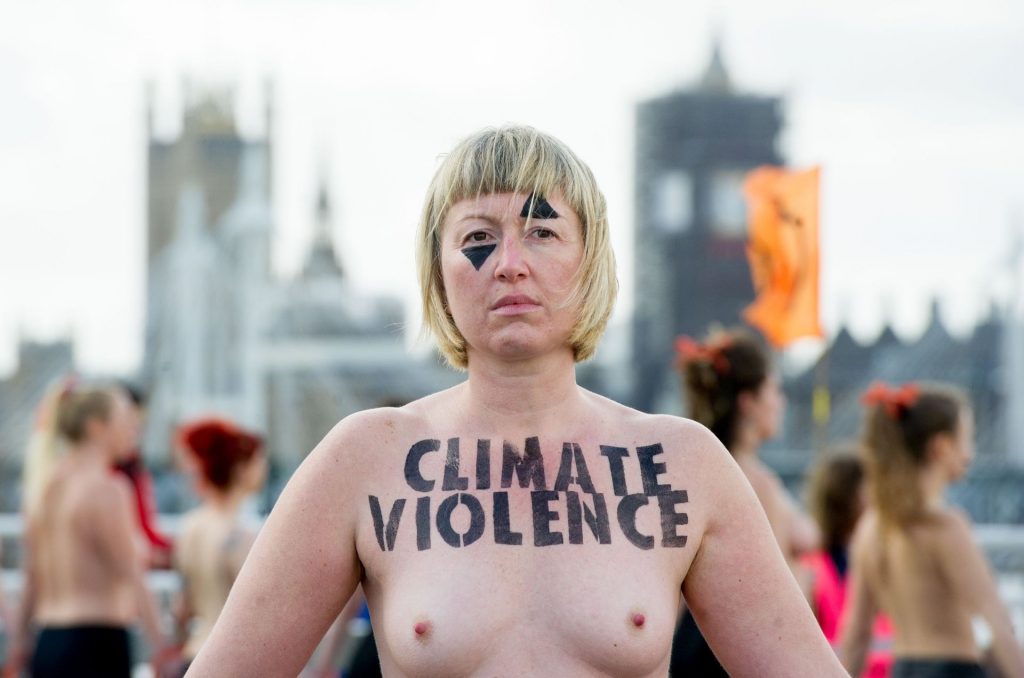 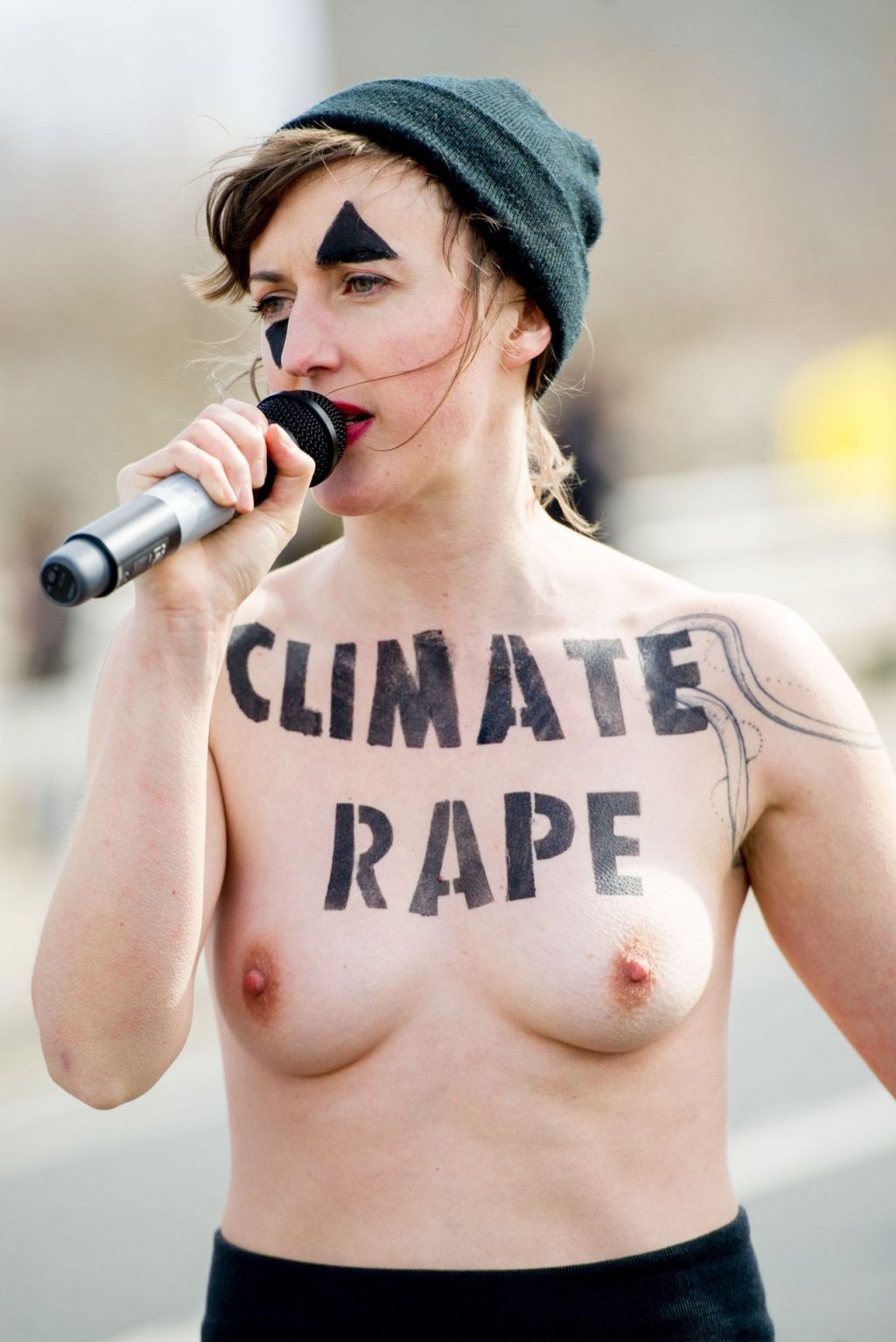 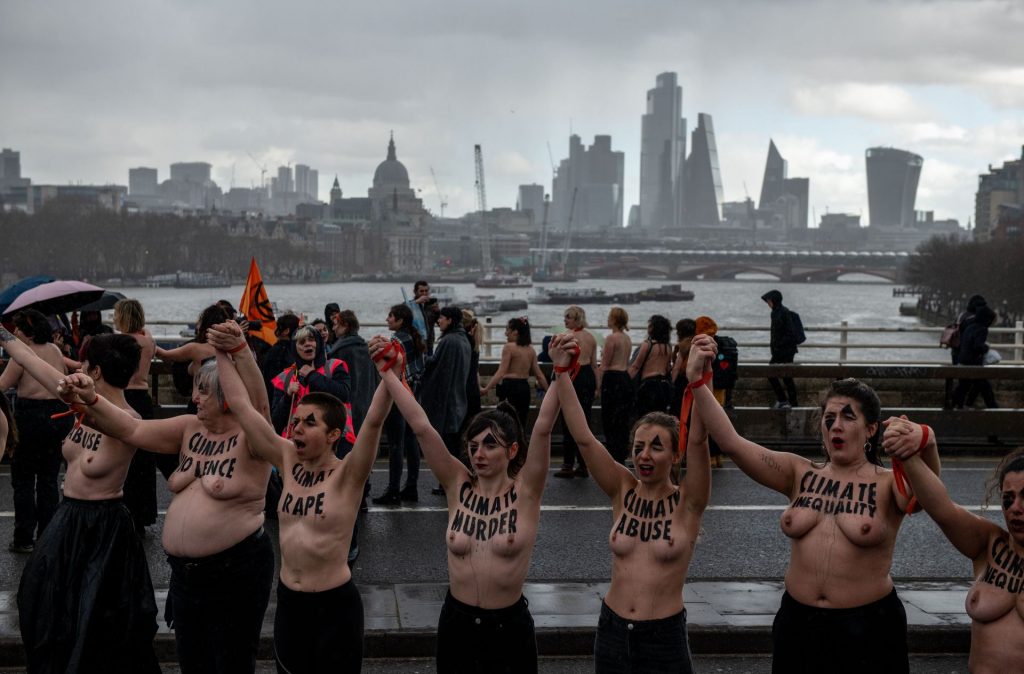 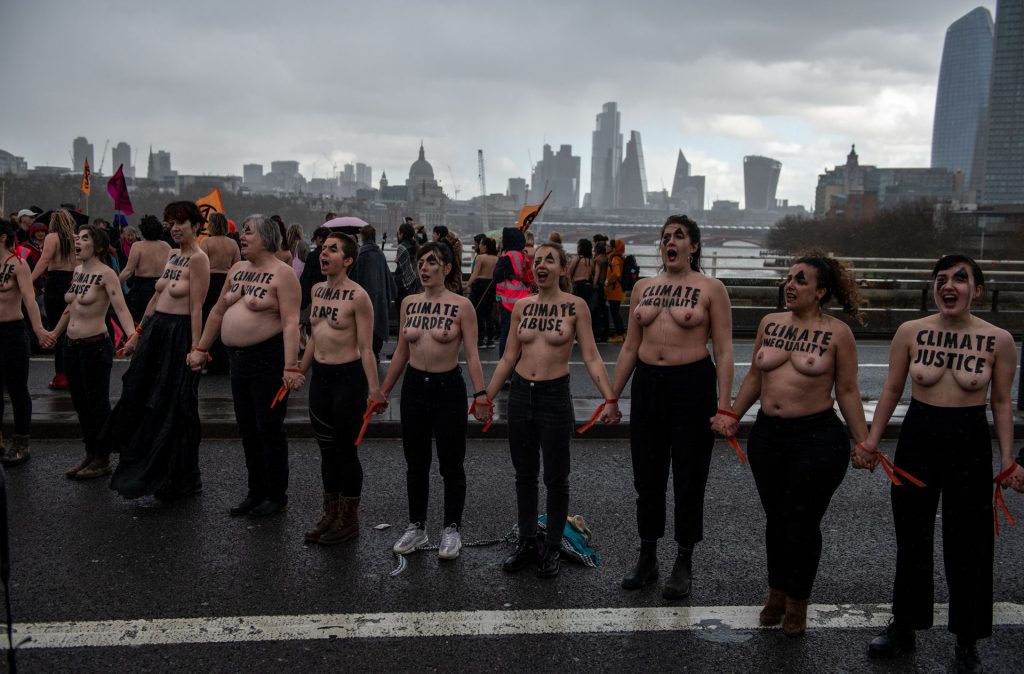 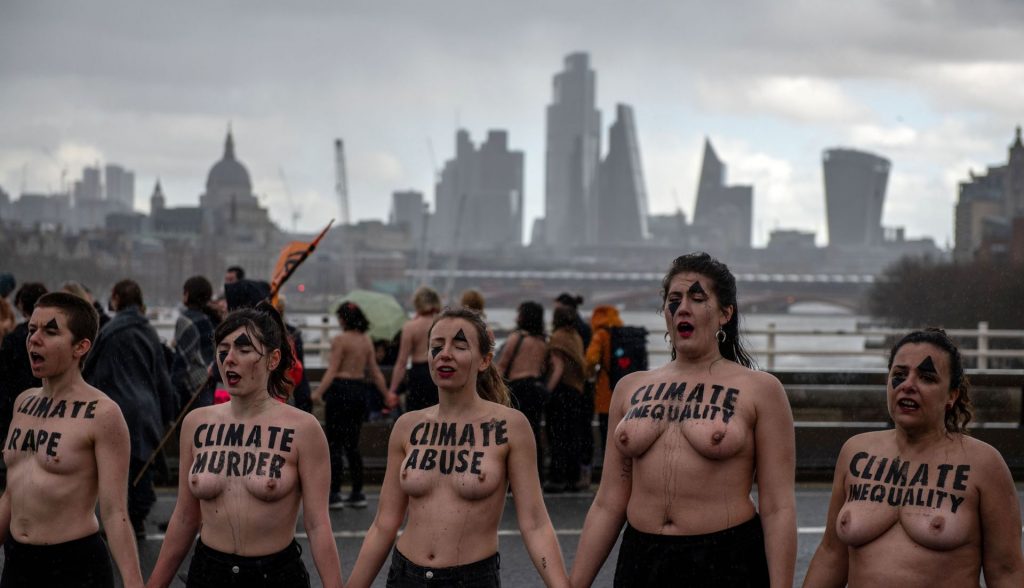 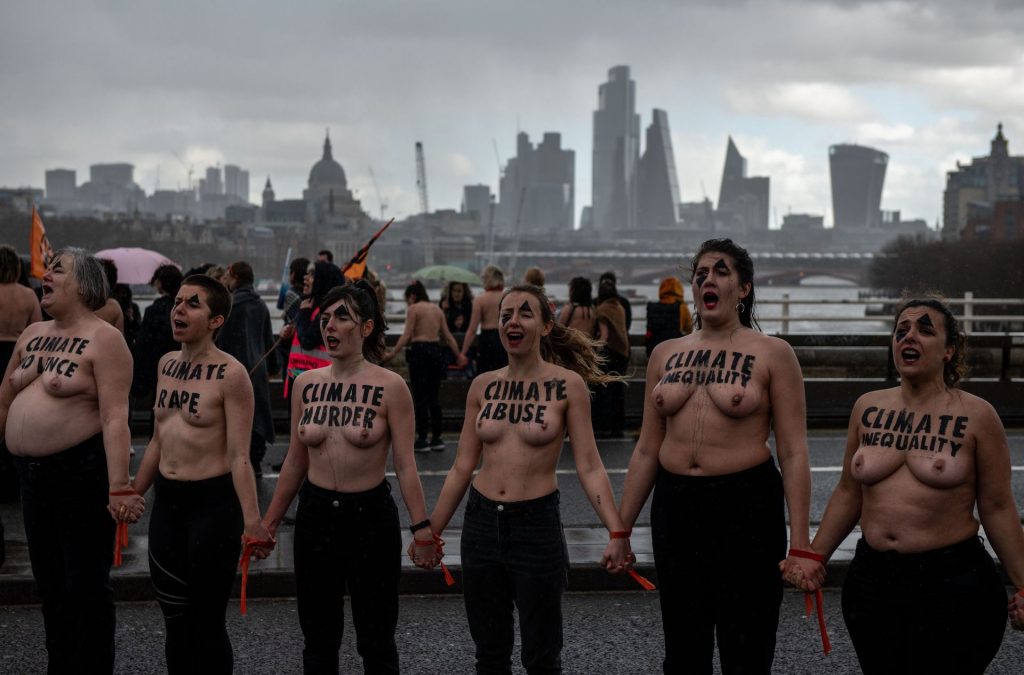