Kim Kardashian made headlines earlier in the week when she posted a censored version of the photo above on Twitter. After committing this brazen act of sluttery Kim received a tremendous backlash from various feminist celebrities like Bette Midler and Chloe Grace Moretz who took to their Twitter accounts to criticize her for setting a bad example for other women.

In response, Kim leaked the uncensored fully nude version of the controversial selfie above, and then doubled down on her position by posting the covered nude photo below along with a statement about how the sight of her grossly misshapen bare feminine flesh is actually empowering to women. 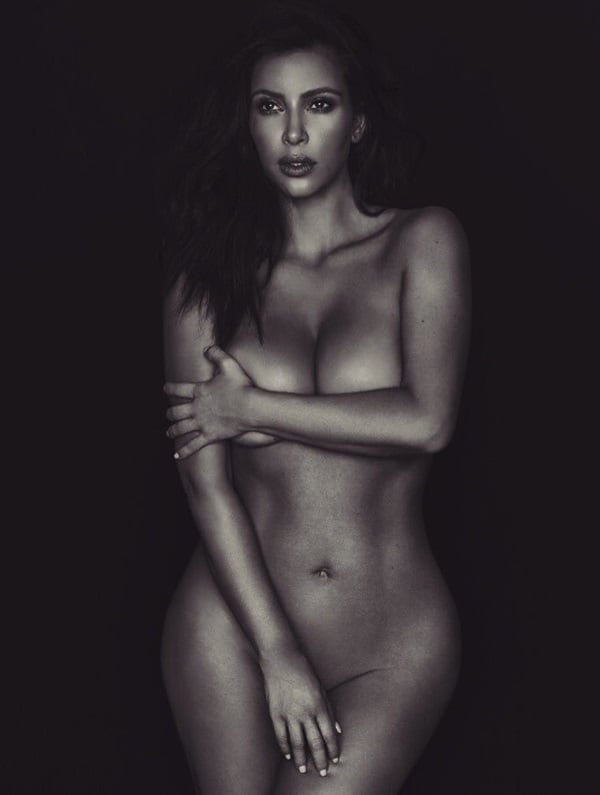 Of course as is almost always the case when feeble minded women get in an argument over ideas, both sides are in the wrong. Kim Kardashian is wrong because the sight of exposed female skin is not empowering, but rather a sickening sin that does nothing but debase society and promote wanton immorality.

Bette Middler and Chloe Moretz are wrong because women have no value outside of their use as a reproduction apparatus and farm laborer. So unless Bette and Chloe start advocating women post photos of themselves harvesting crops, digging wells, and pushing out future Jihadist babies they too are setting a horrible example.