Obituary: Steve Jobs Was An A-Hole 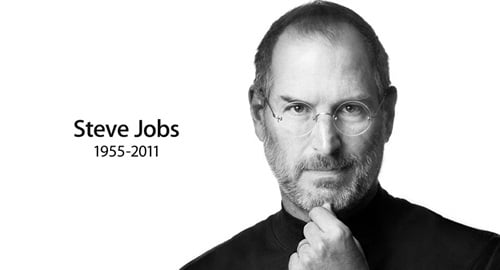 I find it in poor taste to swear at someone in their own obituary title, that is why I am saying it in this first line instead, Steve Jobs was an asshole.

If Apple fanboys are going to keep posting trite quotes from Steve Jobs about “following your dreams” and “death makes you appreciate what matters”, because they use Apple products (which us Muslims would have eventually invented anyway) and thus feel a connection to the jerk, they they are going to have to hear the truth about Steve Jobs.

In 1997 Steve Jobs canceled Apple’s philanthropic programs, and to this day Apple remains the only major American corporation that gives nothing to charity. OK maybe you could write that off as Steve just making a heartless business decision… until you look at his personal finances. Steve Jobs never gave so much as a dime of his 8.3 billion dollar fortune to charity. That is right Steve did not give a shit about helping orphans (like himself), animals, the environment, or suicide bombers carry out their missions.

Not only was Steve Jobs a miser, but he was also a jerk in person to those less fortunate then him. Take this video of Steve at the opening of a New York City Apple Store for instance. It is hard to hear because of the sound of the Apple fanboys playing grab ass and creaming their pants in the background, but a man in a wheelchair approaches Jobs and politely asks for his autograph. Steve Jobs tells him “No. Sign it yourself.” in an arrogant way. When the man asked again, Jobs says “Oh, now lay on the guilt. Start crying”. Finally the man tells him that he spent 25 hours on an airplane to get there and Steve Jobs reluctantly caves. However, after signing the cripple’s magazine Steve tells him to “Go see the rest of the store” in a dismissive manner.

So join me now in saying good riddance to Steve Jobs, a true American asshole!